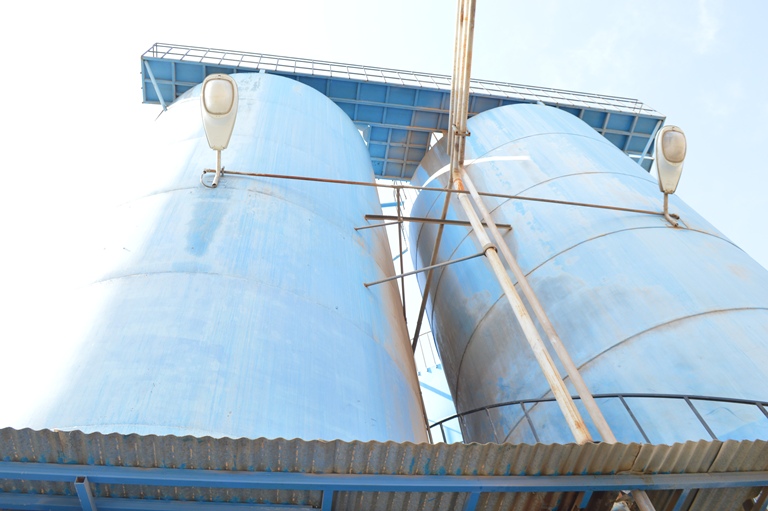 It is one of the products of refineries which is mixture of paraffin wax and oil originated from petroleum crude oil. Slack Wax oil content can range from 5% to 30%.

It is produced during the production of Group I lube base oil. During producing  the feedstock firstly has to go through solvent extraction process to remove aromatics and the resultant product is called Raffinate. Raffinate is then diluted with solvent like methyl-ethyl ketone (MEK) to lower its viscosity to improve low-temperature filterability. The diluted oil is then chilled to -10°C to -20°C. Wax crystals will form, precipitate and removed by filtration. And the extracted wax becomes Slack Wax.
The traditional usage of Slack Wax is in the producing paraffin wax. And other major usage are for particle board and medium density fiberboard, cable filing compound , matches, candles, rust protective products and moisture vapor barriers.

With the continuous closure of Group I base oil plant which decrease supply, and new major applications for Slack Wax as feedstock for low sulfur fuel and Group III base oil plant, the price of Paraffin Slack Wax has since increased by a staggering 300% since early 2000s

Considered as rubish about 20 years ago but now adays even there is long line of orders for this product   Slack wax is the crude wax produced by chilling and solvent filter-pressing wax distillate it can be heavy or light grade and differernt oil contents determines the quality too.

Packing can be new or second hand 180 kg drums, Iso tank or flexi tanks.in each 20 foot container 110 drums of slack wax can be loaded .

In winter time jumbo bags with 1000 kg capacity , also the small bags equal to 25 kg can be used as the packing of the slack wax specially when the oil content is not more than 15%.

different grades of slack wax analysis is as below

Bitumen project in Africa Test news Gilsonite used in lithium base batteries and duration of charge decrea... Gilsonite exported in high quantity since 2013 Advances gilsonite based filter to sequester greenhouse gas at wellhea...